The spooky season isn’t over yet as Hearthstone brings Warcraft’s Death Knight class (and all things Undead) through its newest expansion: March of the Lich King.

As revealed in the official Hearthstone blog, March of the Lich King brings not only a new class card in the Death Knight but as well as several new cards, both new and returning keywords, and new minion types. Here’s a quick rundown of everything:

As the second post-launch class added to the game (after Demon Hunter), the Death Knight class will introduce 68 new class cards, with almost half of them (32 to be exact) being free Core set cards. 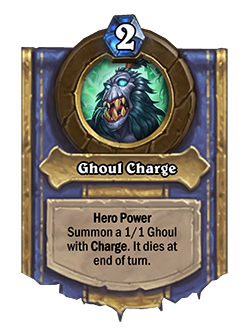 Its new hero power, Ghoul Charge, will let you summon a 1/1 Ghoul with Charge that dies at the end of your turn for just two mana. For Death Knights, those ghouls also provide a Corpse whenever a friendly minion dies which can be spent to power up other cards. 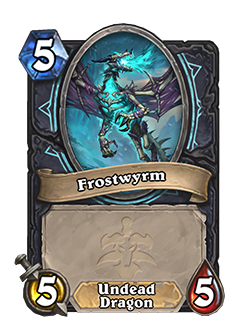 Undead Dragon is both an Undead and a Dragon| via Blizzard Entertainment, Inc.

In March of the Lich King, the Undead finally becomes a minion type, which means that all previous undead creatures in the game will retroactively become one. Moreover, the Undead will also have a second type which represents their previous type before they became Undead. 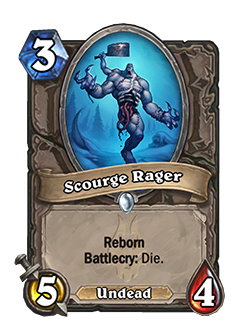 Reborn is back | via Blizzard Entertainment, Inc.

The new expansion will also mark the return of the keyword Reborn to the game, which is fitting for the Undead minions as they can return to the board after dying the first time (but only with 1 HP). “The Blood Elves draw more power from the Sunwell the longer they hold off the Scourge advance.”| via Blizzard Entertainment, Inc.

This expansion also introduces the new keyword Manathirst. Cards with the new keyword get more powerful once the player reaches a specified amount of mana (and they only need to spend the card’s original mana cost to use the powered-up version). 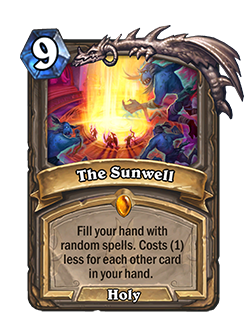 The Sunwell | via Blizzard Entertainment, Inc.

Lastly, this new expansion also introduces players to Hearthstone’s first-ever neutral spell: The Sunwell. A base 9-mana cost card, you can use The Sunwell to fill your hand with random spells. The card also costs one less mana for each other card in a player’s hand. Everyone can claim the card by simply loggin into the game.

March of the Lich King is set to release on December 6 in North America (December 7 for the Asia Pacific region). For more information on the new expansion, you can visit Hearthstone’s official patch notes blog.