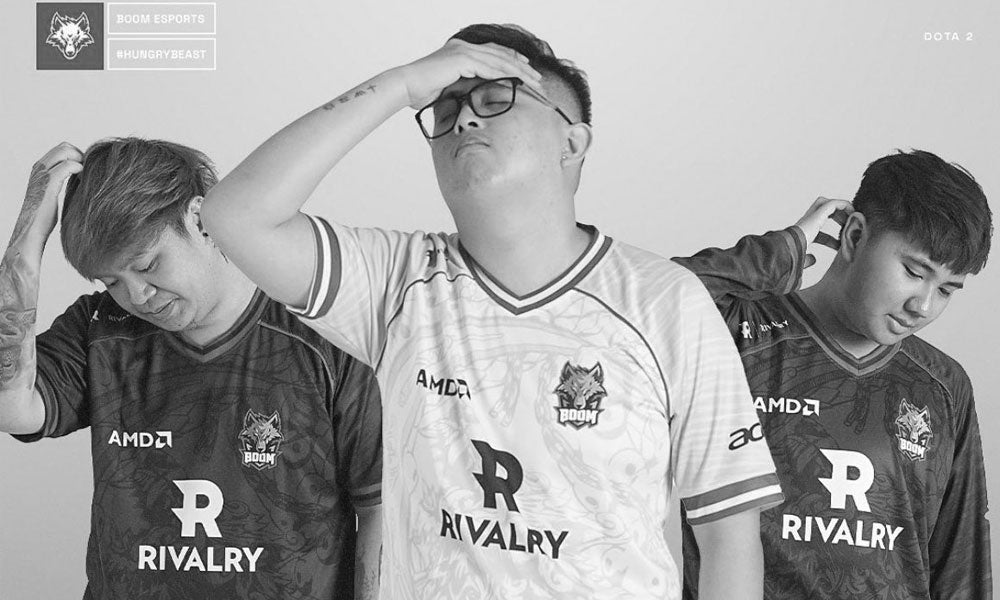 A day after The International 11 season closed, BOOM Esports player Timothy “Tims” Randrup posted on his social media accounts that he was “LFT” (looking for a team). Tims detailed in the post that his contract with the organization was “[going to] end soon” and that he wanted to “explore other opportunities”.

LFT next season. My contract with boom gonna end soon, renewal still under discussion. I want to explore other opportunities.

Willing to relo anywhere, willing to learn and grow 👌

The following day, fellow Filipino players Erin “Yopaj” Ferrer and Rolen “Skem” Ong followed suit and announced that they, too, were LFT.

I still have a contract under boom esports, I want to explore other opportunities to learn and grow.

Any teams out there looking for pos1/pos5 super confident! Willing to relocate any region.

LFT for next season, I’m willing to work hard and relocate to any region. I’m still under contract with BOOM but I would like to explore other opportunities. Mid player

Both players stated that they are open to possibilities, but are still under a contract with BOOM Esports. The three Filipino teams joined the BOOM Esports roster last year, with Tims leaving TNC.Predator following the org’s restructuring process. Skem and Yopaj both left Neon Esports in the middle of TI10 and joined BOOM in September of 2021.

What’s in store for BOOM Esports

BOOM Esports CEO and founder Gary Ongko tweeted that “LFT doesn’t mean they [are] 100% leaving,” referring to the players’ posts on their respective social media accounts. He says that these things are normal after the end-season of esports leagues, adding that BOOM’s VALORANT roster all went “LFT” but none of them actually left.

Guys LFT doesn't mean they 100% leaving, they're just looking for offers / keeping options open before deciding, this is normal especially at the end of TI/Champions/Worlds/Seasons, shit ALL our Val roster LFTed and not everyone left!

Two days after TI11, Ongko posted a Twitlonger. He recounted the team’s journey throughout the whole season and thanked those who believed in him and the organization. The tweet came in a few hours after Tims posted his tweet. 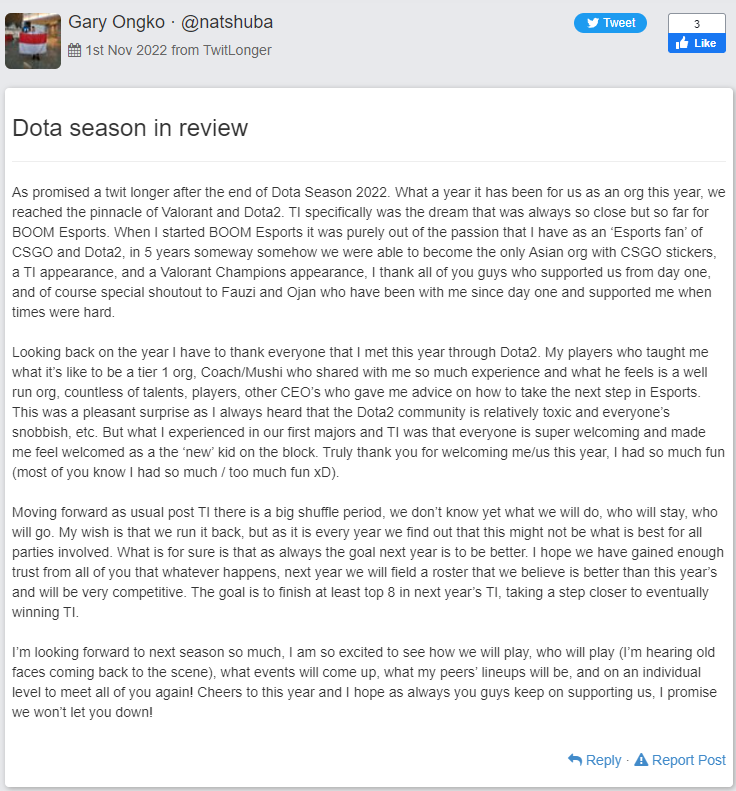 Some sources have also claimed that Tims is in talks with a few European teams as well as with TNC.Predator. Skem and Yopaj are reportedly asking for a buyout from a Filipino team or other Southeast Asian teams. Saieful “Fbz” Ilham and Souliya “Jackky” Khoomphetsavong, on the other hand, have yet to decide on their direction for the next season.

There are no official statements from BOOM Esports as of writing, but sources have claimed that the organization plans to restructure its Dota 2 team if they fail to secure a contract renewal with the three Filipino players. Details are unclear on Jackky and Fbz’s status, should a team restructure be imminent.