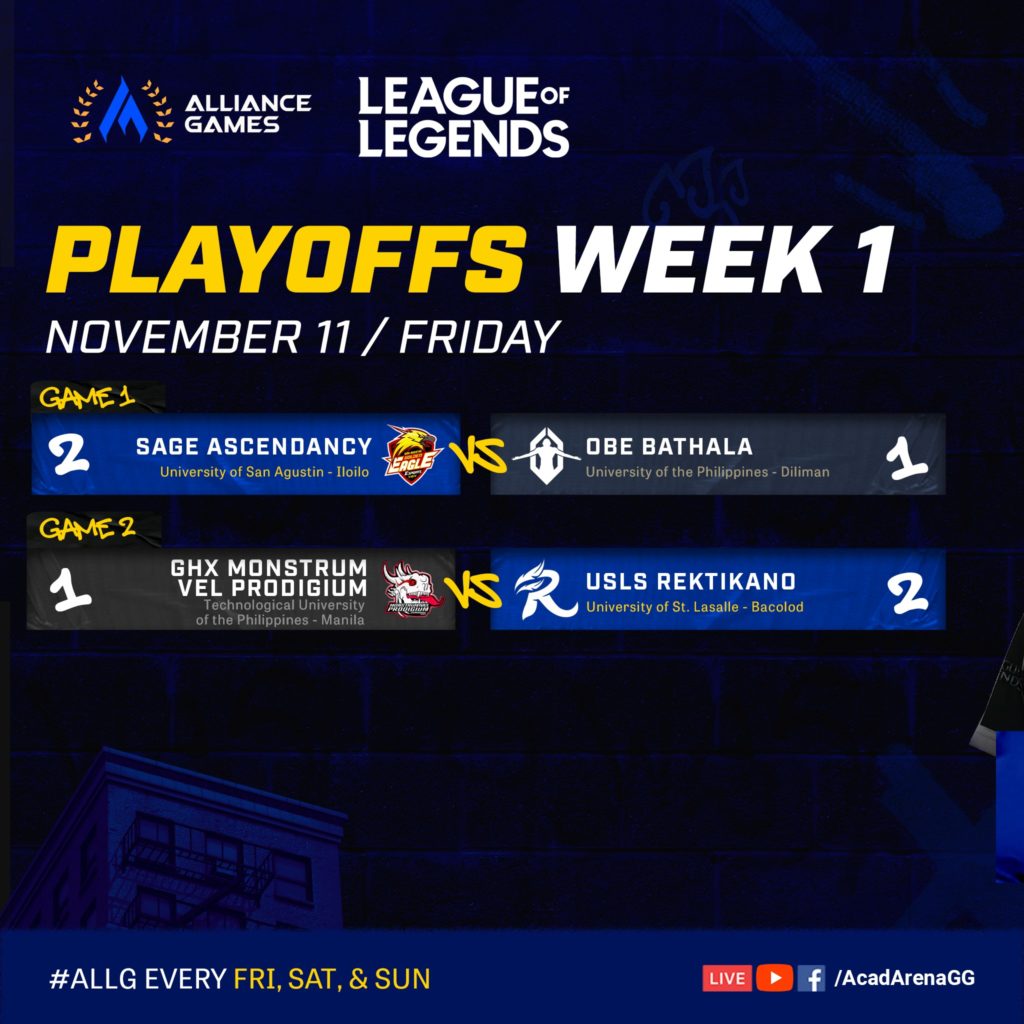 USLS Rektikano heated the opening day of the playoffs after they wrestled a bloody victory from the Gearhawks MVP roster with a 2 – 1 match scoreline.

After a relatively close Game 1 in favor of GHX, Rektikano turned it up and dismantled MVP in the two subsequent games. USLS made a great showing in flexing their remarkable prowess in both teamfighting and laning at all stages of the games. 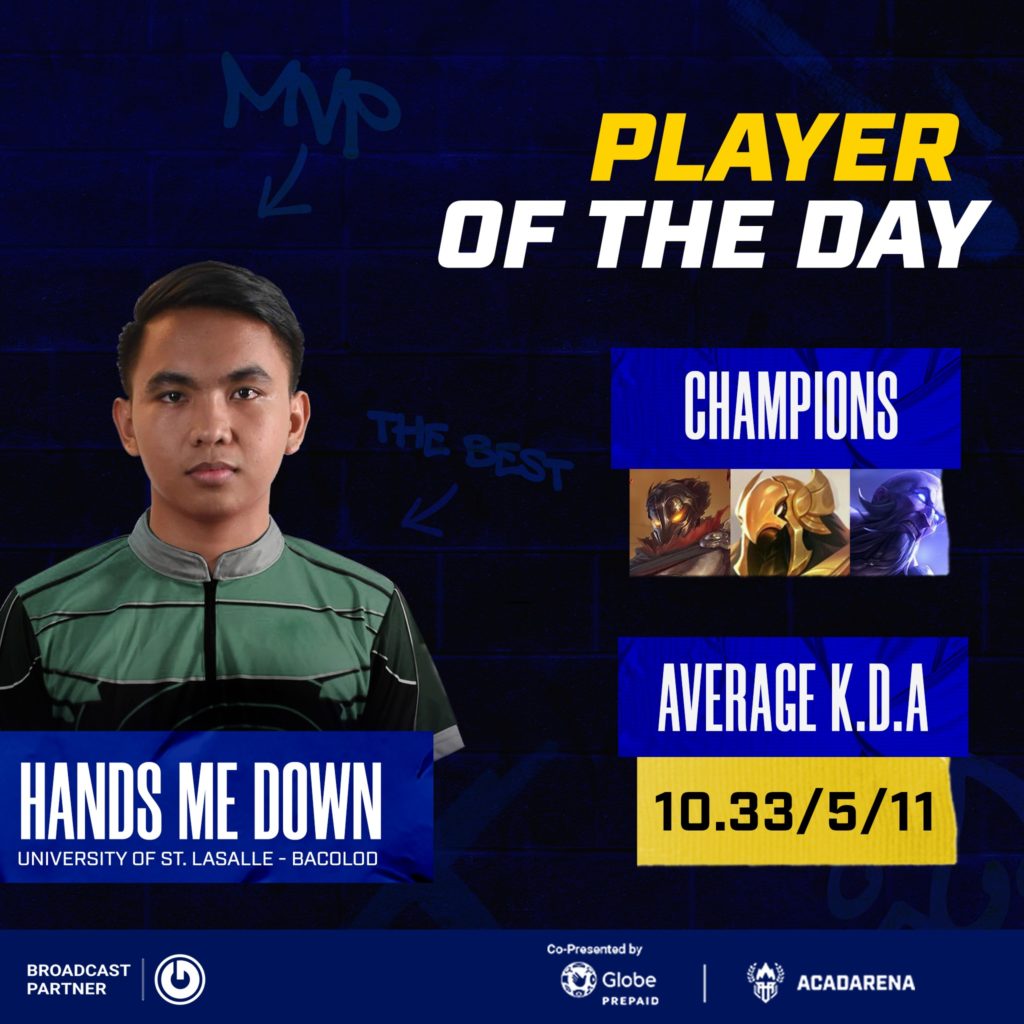 Player of the Game went to Rektikano’s midlaner, Blaise “handsmedown” Damasco for his remarkable performance on Ryze, Azir, and Viktor. Damasco boasted an impressive KDA average as a control mage hypercarry, winning against 1v2s in what can be considered as “styling” on the enemy team in skirmishes.

After this victory, USLS Rektikano are set to face titans LG Esports Hydra in the semifinals round.

Fellow Iloilo representatives SAGE Ascendancy of University of San Agustin won against the last split’s 1st runner-up from the University of the Philippines Oblation Esports (UPD -OBE) Bathala. They are also slated as a  contender in the semifinals; to face champions of AllG split 1 New Era University Paradigm Esports Verendus.