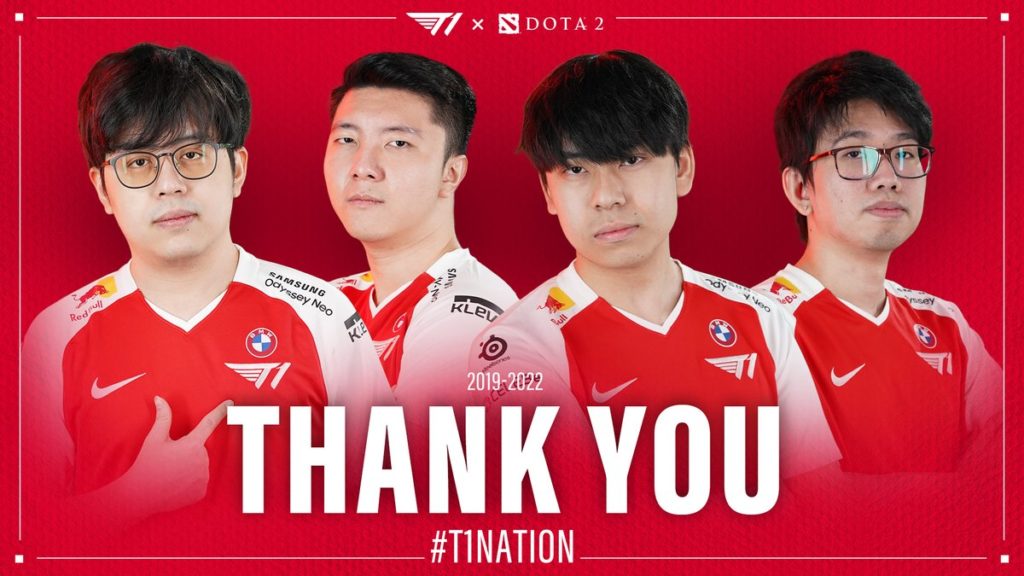 South Korean esports organization T1 officially announced the disbandment of its Dota 2 roster yesterday,November 16. The organization released its Southeast Asia-based team following rumors that most of its players were now LFT, or looking for a team.

The organization’s Dota 2 arm was formed in 2019, composed mainly of Indonesian players Galvin “Meracle” Jian Wen and Muhammad “inYourdreaM” Rizky. It wasn’t until the team acquired Carlo “Kuku” Palad in 2021 that they began their claim to fame, especially in the Filipino market. It was also in the same year that the team bagged first-place finishes, one in the SEA DPC 2021 split 2, and the other during ESL One Summer 2021. The team also managed to land a third-place finish during the Kyiv Major, and finished The International 11 in the 7-8th place. 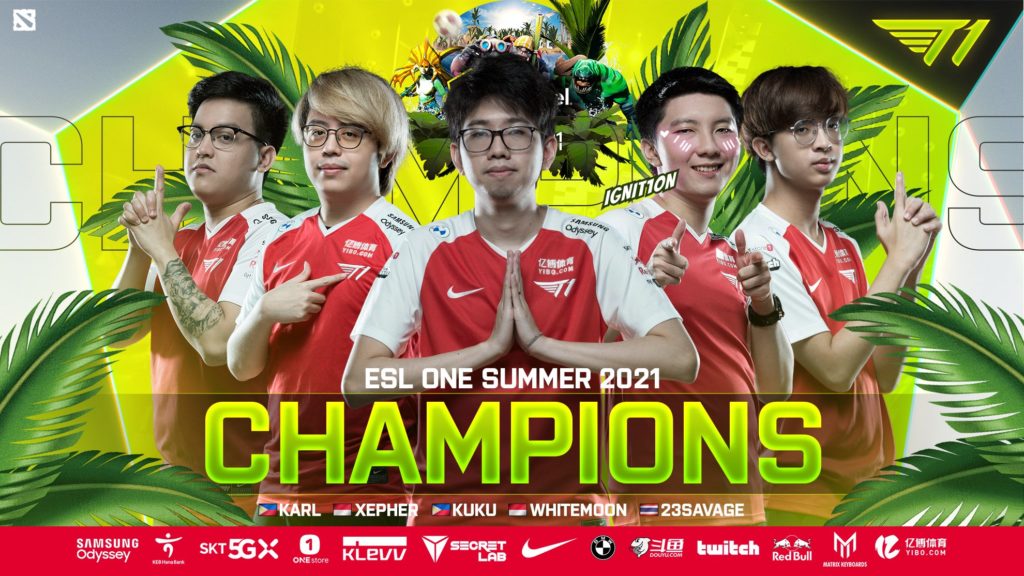 The team also won the hearts of many Filipino fans when their former position 4 player Matthew “Whitemon” Filemon made covers of Filipino songs as instructed by Kuku. These songs were often explicit in nature, but the charm was in Whitemon’s serious and semi-monotonous singing.

Fans were dismayed by the news, with some saying that the decision to release Nuengnara “23Savage” Teeramahanon back in January was what caused the team’s downfall.

Now you know how bad your decision on kicking 23.

There is no news regarding the players’ fates after the team’s disbandment. However, Kuku and Whitemon have reportedly been looking for new teams to adopt them for the upcoming season.

These players are now free agents after yesterday’s announcement:

Although Topias “Topson” Taavitsainen played for the team in the TI11 Last Chance Qualifiers, he was not part of the released players. Topson only played as a stand-in for the team and is still under a contract with OG.

End of the road

The organization’s decision to disband the team means that they will not pick up another Dota 2 roster for the upcoming season. This is in relation to T1 reportedly selling their slot to Bleed Esports just a few days ago. 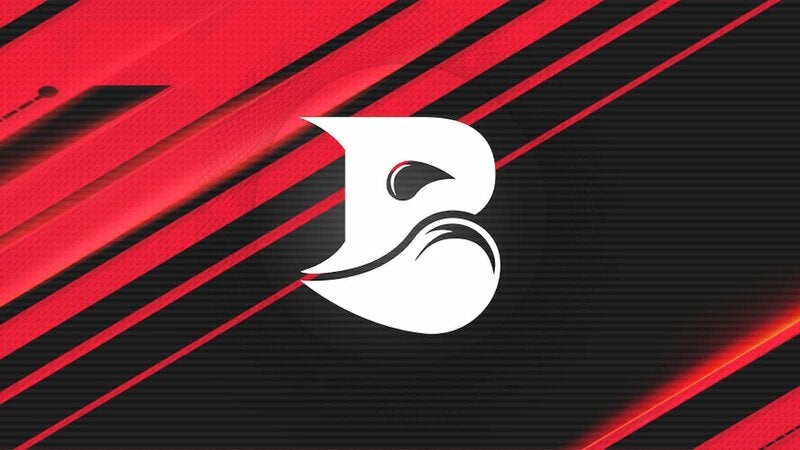 Singapore-based esports organization Bleed Esports is relatively new to the esports scene. The organization made its mark as one of the staple in-house names for the VALORANT Asia and Pacific region (APAC). The team is yet to confirm their DPC slot acquisition and reveal their Dota 2 roster.