Philippine-based gaming organization Tier One entertainment announced their brand-new Dota 2 roster today, November 24. The roster is filled with an all-star lineup Filipino professional Dota 2 players, who have all made a name for themselves throughout their entire career in the game’s pro scene. 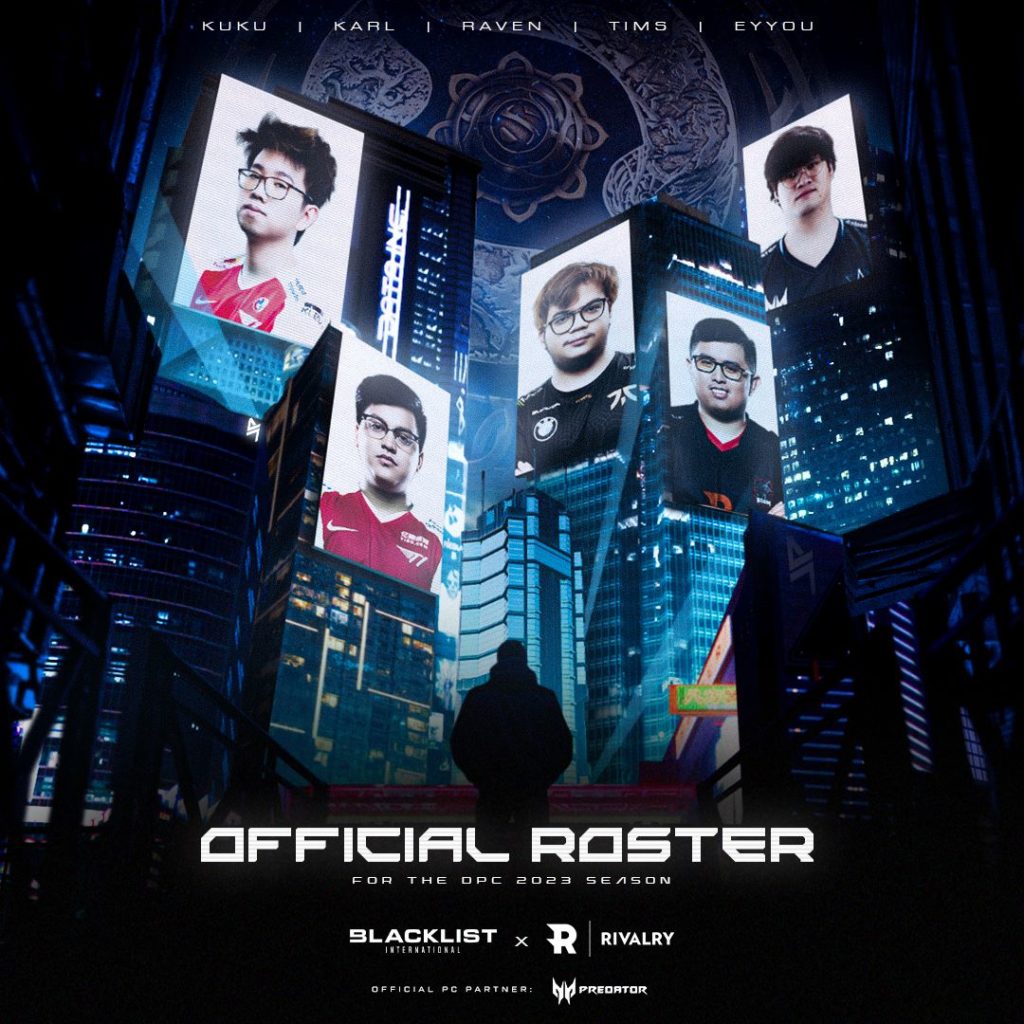 The organization had been teasing its entrance into the Dota 2 scene as early as the start of November. Notable Filipino Dota 2 content creators such as Nico “KuyaNic” Nazario and Michael Angelo “Alo” Zomil have also been teasing Blacklist Dota 2’s formation in the past few weeks. 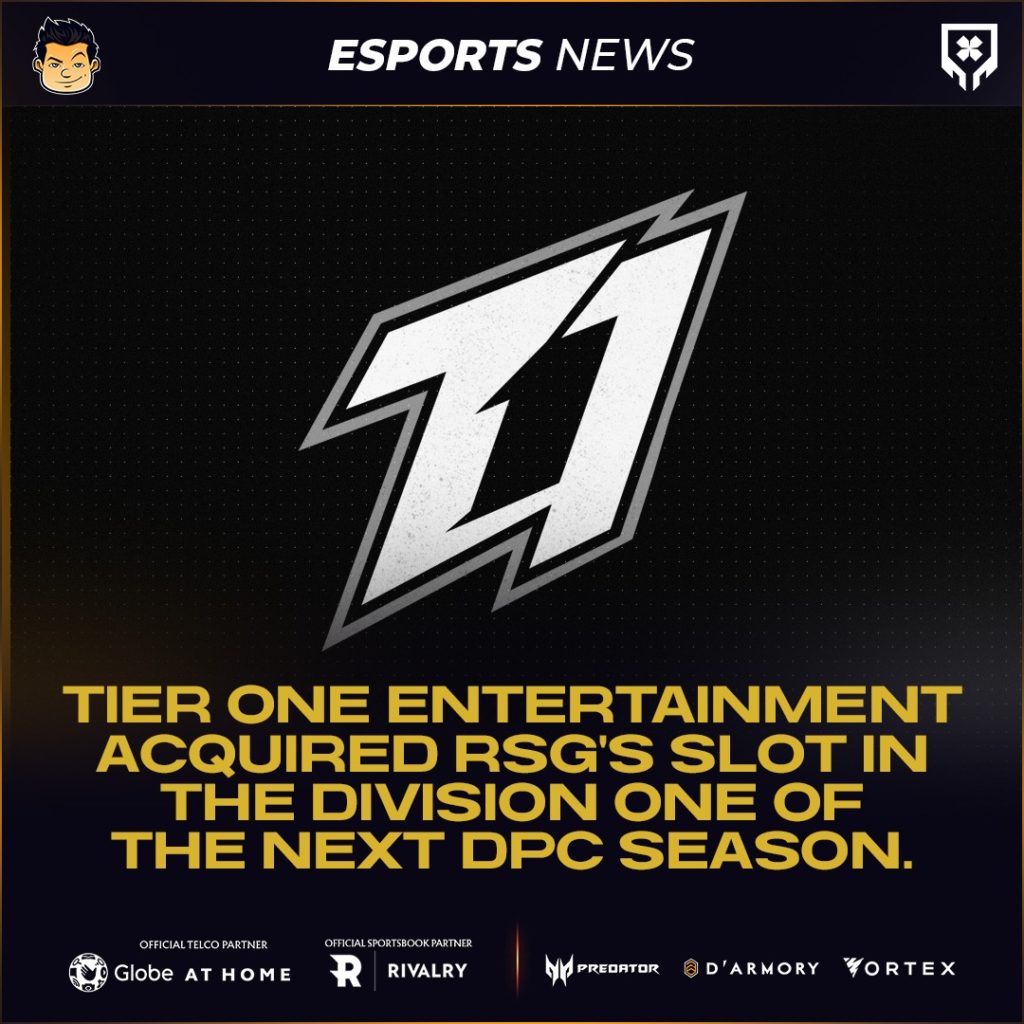 The organization also teased a Dota 2 reveal yesterday, November 23. The said post mentioned the organization’s partnership with Rivalry, a betting site known for sponsoring Dota 2 teams in the Southeast Asia region. Blacklist Dota 2 is also confirmed to be sponsored by Predator Gaming, and will be adding its roster to the brand’s growing list of ambassadors. 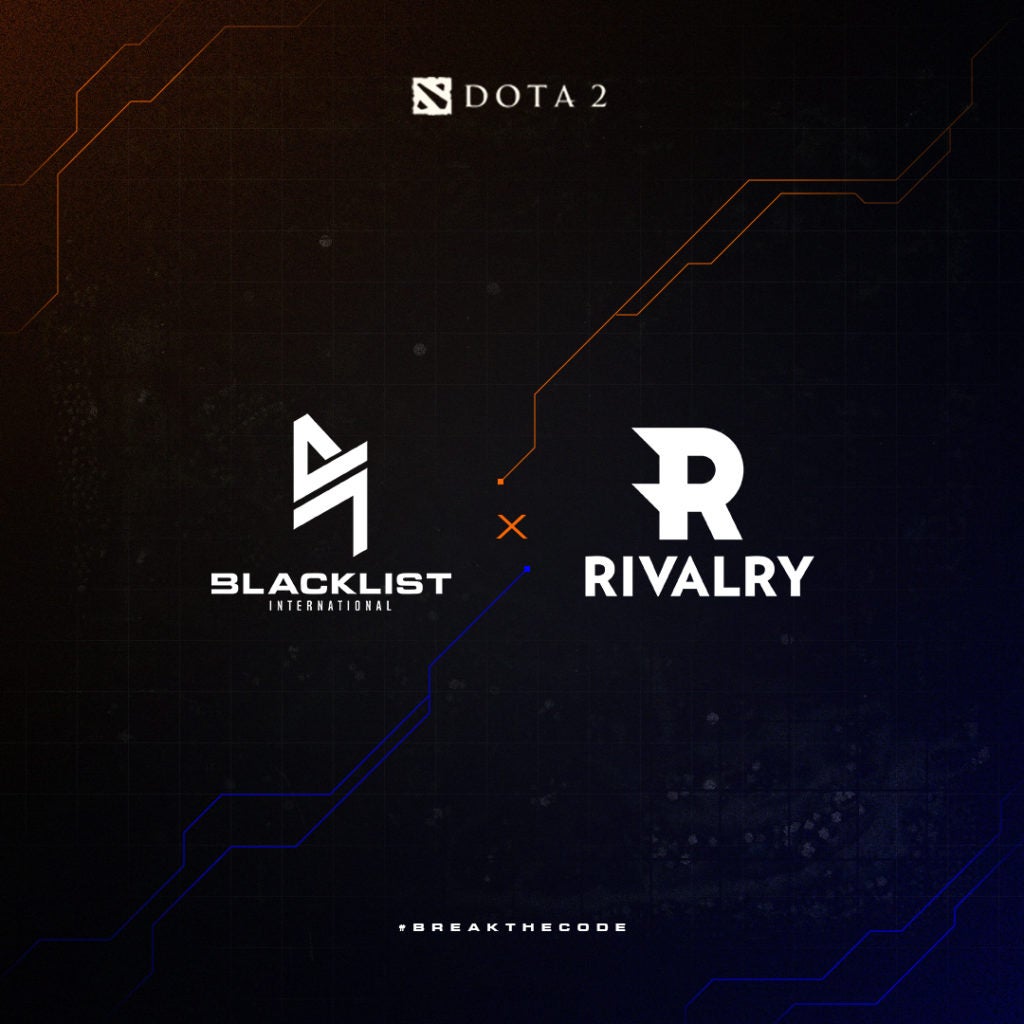 As of today, this is the official lineup of the Blacklist Dota 2 team coming into the DPC season:

Tier One will be competing in the upcoming Southeast Asian Dota 2 Pro Circuit 2023 tour after buying out RSG’s slot.