Premier Philippine Call of Duty: Mobile team Smart Omega secured their travel visas for players and staff in time for the CODM World Championship 2022 in North Carolina, USA on December 15-18, 2022. 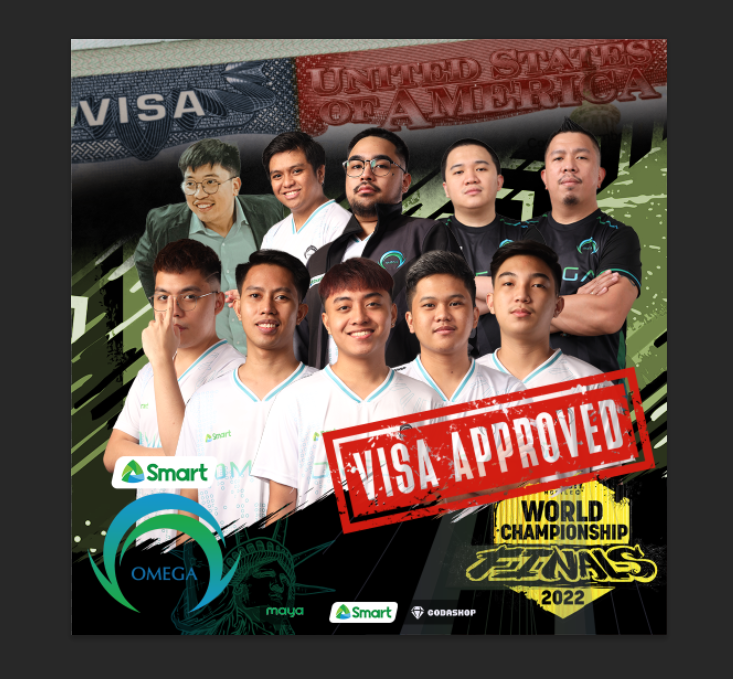 The team did a courtesy call with the two representatives last November 8 to discuss the team’s upcoming stint on the world stage and the further promotion of professional esports in the Philippines.

“It is both humbling and overwhelming when you get support from government officials who understand the potential in the growing esports scene in the Philippines,” Smart Omega Chief Executive Officer Christopher John Quimposhared.
“With the recent success of Smart Omega in various professional esports leagues, we continue to strive and somehow be able to be an example for those striving to venture into the esports scene in the country. We are thankful for the continued trust of Smart and now for the recognition, we received from the house through Rep. Villafuerte and Rep. Horibata,” Quimpo added.
Rep. Villafuerte and Rep. Horibata also sponsored the team’s gaming equipment, an Asus ROG 6 mobile phone, required by the tournament organizers of the CODM World Championship. The Smart Omega CODM team has been using the phone during training leading up to the world championship.
“On behalf of the team, I would like to thank Cong. Migz & Cong. Hori, the ‘CamSur Young Gunz’, for supporting and believing in Esports Young Gunz ‘Smart Omega CODM’. It is a great honor to represent your country and compete internationally but the greatest feeling is to know that your own government has two bright young minds who understand our industry, throw support and believe that esports has a bright future in the Philippines,” said Smart Omega Chief Operating Officer Phatrick Cruz.
Furthermore, Smart Omega was also recognized during a session at the Batasang Pambansa. 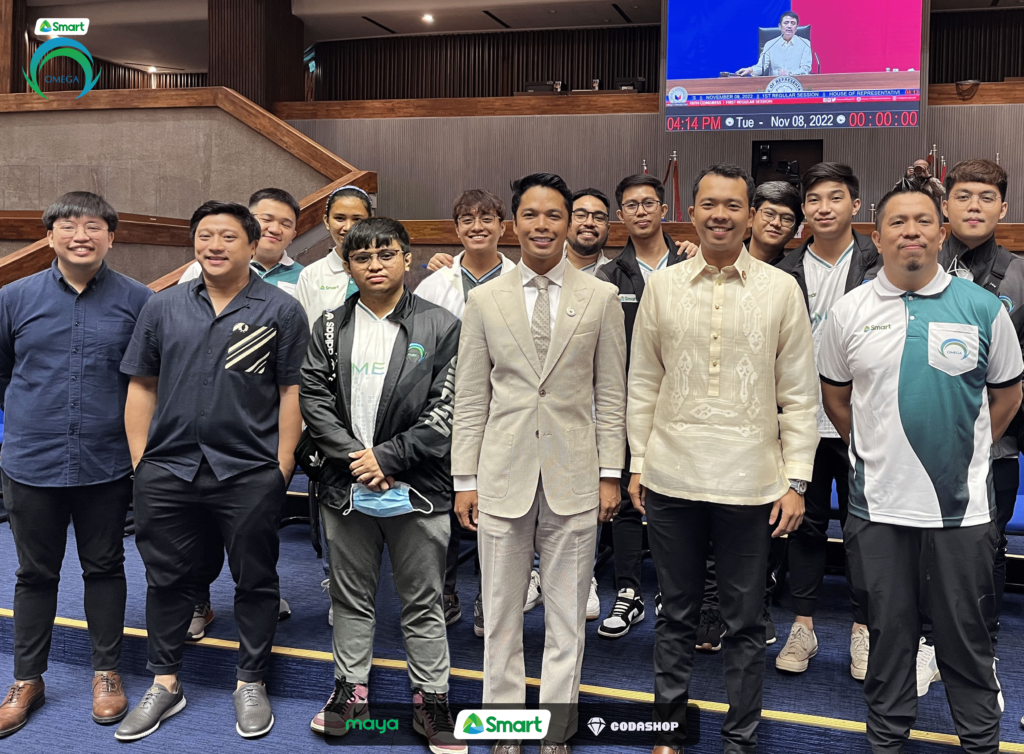 Smart Omega in the Batasang Pambansa (Photo from Omega Esports)

“We are excited to represent the Philippines in the worlds and we are grateful to everyone who made this stint possible, especially from government officials who helped our team secure our visas. We will do our best to prove that Filipinos are one of the best CODM players in the world,” team captain Jerrold ‘Woopiiee’ Regay said.
Last July 2022, House Bill 01285, or “An Act Declaring the Month of October of every year as ‘National Esports Month’ and for other purposes” was also filed in Congress to support the continuously growing esports scene in the country where Smart Omega has already made its mark with competitive professional teams in CODM, Mobile Legends: Bang Bang, Dota 2, and Hyperfront.
FEATURED STORIES
Read Next
Blacklist, Rivalry, and Predator team up for All-Pinoy Dota 2 Team
EDITORS' PICK
Durante in Army custody; court martial looms
Things you can do with vivo Y02s’ upgraded 3GB+64GB storage
Private schools send out SOS to gov’t: Raise student subsidy
ICC resumes probe on PH’s drugs war
Viral phone HONOR X9a 5G launched at P16,990
House energy committee chair Arroyo bats for cheap electricity
MOST READ
Panlasang Pinoy vlogger airs frustration after family’s belongings stolen in flight to PH
Durante in Army custody; court martial looms
Bea Alonzo reveals she will ‘never’ be friends with Gerald Anderson
Marcos: Allow e-visas for Chinese, Indian, SoKor, Japanese visitors
Don't miss out on the latest news and information.