Blacklist, Rivalry, and Predator team up for All-Pinoy Dota 2 Team During the press conference last December 4th, the organization officially introduced the Blacklist Rivalry team. Blacklist executives Tryke Gutierrez and Alodia Gosiengfiao, Rivalry Country Manager Althea Cunanan, and Acer Philippines General Manager Sue Ong-Lim were only some of the personalities that shared their thoughts about the partnership that bore the team. 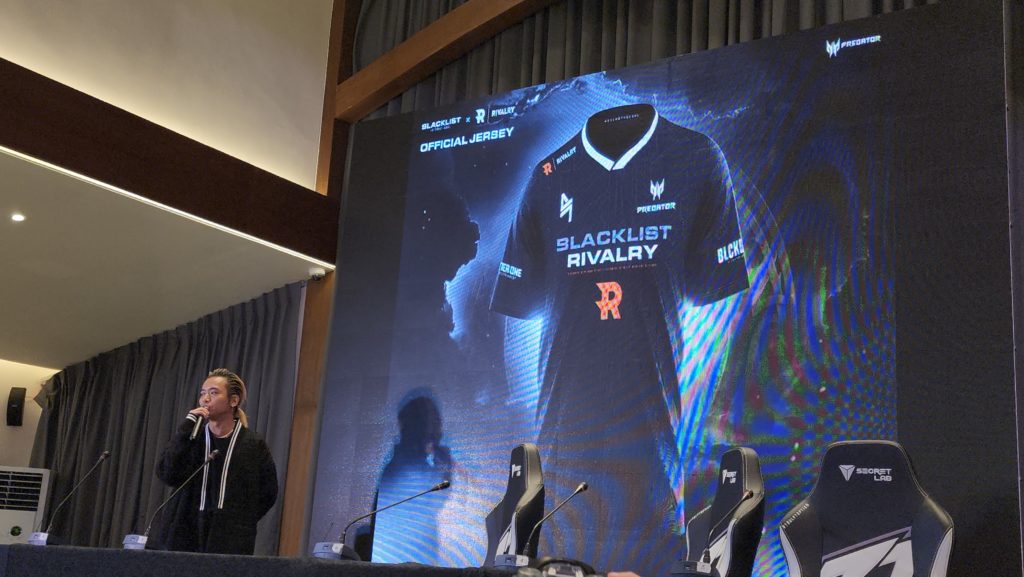 One of the first things revealed was the team’s jersey, with the black and orange from Blacklist and Rivalry respectively mirroring TNC’s colors. They pay homage to the former team not only through appearances, but also with a hidden code. A binary code printed in small text under the word RIVALRY on the jersey translates to PHOENIX, referencing the old TNC team reborn into Blacklist Rivalry.

In speaking with Esports Inquirer, Tryke expressed his thoughts on the momentous event for both the org and the Dota 2 pro scene in the Philippines. “The way BLCK looks at ourselves is that we are a SEA org. We’re in Malaysia, Vietnam, Japan, Myanmar. So, I think the whole vision of Blacklist, at least for me, is for it to become the gold standard for SEA orgs in esports,“ he said. “The gold standard for me is for Blacklist to be a destination for esports players. If you are a destination for esports players, that means you’re providing the best support for SEA. Whether it’s financial, psychological, mental, physical, we can’t be perfect now, but hopefully we become the best.” 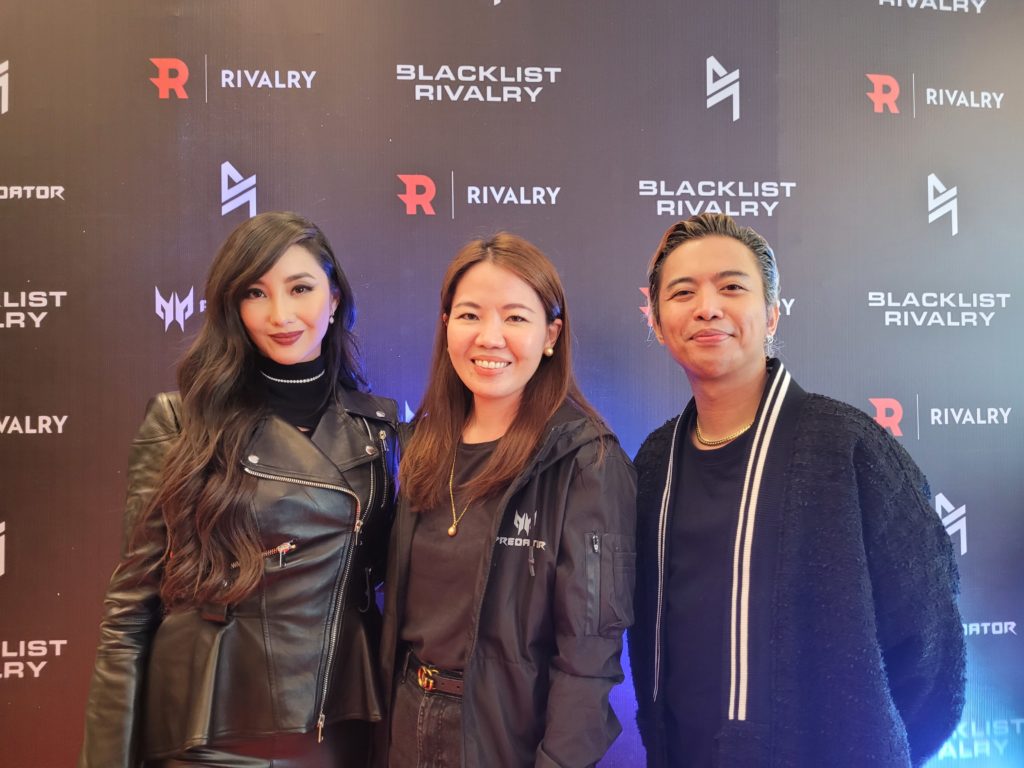 Alodia also spoke about how long the org wanted their own Dota 2 team. “When we started Tier One it has always been the dream. That was like five years ago! This Dota team, medyo mabilis siya, especially The International just happened so medyo na fasttrack sya… at least nabalikan namin yung original plan.”

Althea Cunanan of Rivalry thanked everybody involved with the partnership. “A few months ago, Tryke and I were casually talking about building a Dota dream team… I already had an inkling that this is something that Rivalry should be a part of,” she said. “When we decided to create Blacklist Rivalry with Tier One, we wanted to put together a team that was not only capable of winning, but also act as a beacon of hope that the Philippine esports community could rally behind.”

Sue Ong-Lim of Acer Predator was also delighted to provide Blacklist Rivalry with all of their hardware needs.“ [The team] already has what it takes to really prove themselves in the global competitive scene… Partnering with Blacklist, [since] they’ve been at the forefront of the esports [and] entertainment industry, we’re very much aligned with Predator being a leading brand for gaming hardware in the Philippines.”