By: Daryll Galindo - @inquirerdotnet
05:10 PM January 20, 2023
In celebration of its 10th year as an esport, Hearthstone has announced that its Masters Tours will have fewer players and no prize pool. Masters Tours have also been reduced to three, from last year’s total of six.

Are you ready for the TENTH YEAR of competitive Hearthstone?! This year is going to look a bit different from the previous few, so let’s get into what is coming to Hearthstone Esports.https://t.co/lD3ZQzy3GV

This year, only a mere sixteen invitees will participate in each Masters Tour event, with the invites sent to the top sixteen players per season through a ladder rank-based point system. 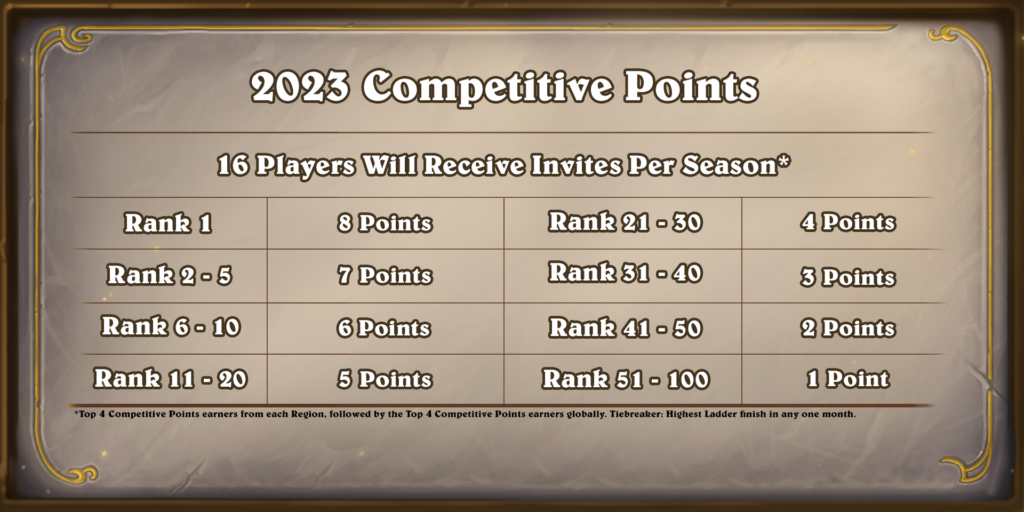 Additionally, the Masters Tour tournaments this year will only reward qualification points to the World Championship and will not have any cash prizes. Only the World Championship will have a prize pool of USD $500,000, while the three Battlegrounds: Lobby Legends tournaments will have a combined total prize pool of USD $150,000.

This decision has understandably upset the majority of the competitive community.

From 6x 250K Master Tours to 3 with 16 players only without ANY prizepool, just to qualify for an 8 players World Championship.

All qualification pure based on Top16 finishes, way to top heavy. A very sad day for competitive Hearthstone 😟 https://t.co/ps7pBVsiQl

Pretty sad state of affairs for competitive @PlayHearthstone. Back to fighting for top 16 ladder finishes – which I thought we'd realized promote a terrible relationship with the game – only to qualify for tournaments with zero prizes except the chance at an 8 player Worlds. https://t.co/wx88SCszRv

According to the accompanying frequently asked questions in their blog, the reason behind the three Masters Tour events having no prize pools is that Hearthstone wanted to “prioritize rewarding the most consistent players.”

“With players having a direct qualification path to the world championship by playing ladder, we want to prioritize rewarding the most consistent players over the course of the whole year,” the FAQ entry stated.

“The current scope of Hearthstone Esports is separate from the success of Hearthstone. We are thrilled with the upcoming content plans for the game and can’t wait for players to get to see what is being worked on in the years to come,” they added as they assured players that the game itself was not on a decline. However, they also revealed that there are no plans yet for Hearthstone Esports in 2024.