Team Secret and Zeal Esports will represent the Philippines in the KJC eSports Valorant Invitational’s playoffs starting this October 7-10, 2021. 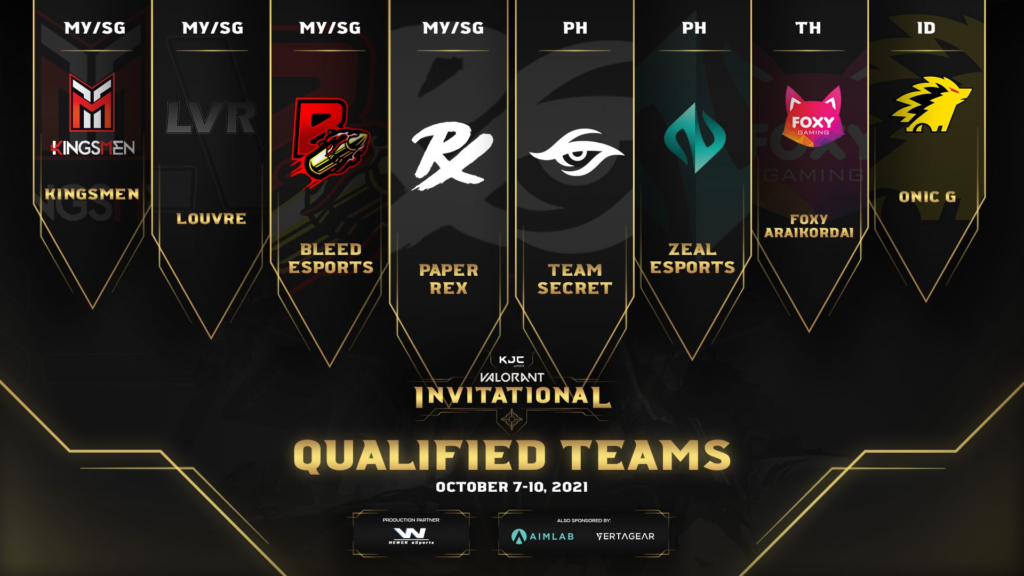 The reigning KJC Valorant Tournament: ONE champion,  Zeal Esports, has proven again that they are one of the top teams in Southeast Asia as they defeated Alter Ego and Infinity Esports in the group stages.

Meanwhile, their fellow Filipino brethren, Team Secret, has been comfortably waiting for their international tournament debut in the playoffs of the KJC eSports Valorant Invitational. The reason for this being their results in the last VCT SEA Stage 3, with Team Secret (formerly Bren Esports’ roster) and Paper Rex both finishing at the top.

Team Secret is set to face off against Onic G while Zeal Esports will be taking on Bleed eSports (formerly Team UwU). The playoffs of the KJC eSports Valorant Invitational will start on October 7, 2021 and will be streamed on KJC eSports’ official Twitch channel.