Anton Chekhov is attributed to saying, “Don’t tell me the moon is shining; show me the glint of light on broken glass.” By which he means show don’t tell, and with a beautifully animated TV show such as Arcane, it’s a worthy pleasure to be shown wonderful nuance among the ensemble cast.

After a decade of releasing action-packed short films and carefully crafted music videos, Riot Games has given us the long-awaited long-form visual narrative fans have been clamoring for. Arcane: League of Legends, in partnership with Netflix and brought to life by French animation studio Fortiche, is a 9-episode cinematic masterpiece bringing the expansive lore hidden in the margins of hit MOBA League of Legends into the forefront.

Set in the steampunk twin cities of utopic Piltover and dystopic Zaun, Arcane is a story about family, loyalty, class divides, and social othering. With themes such as these, it’s no wonder that queer characters can fit snuggly into the narrative of the show. I am, of course, talking about Piltover’s finest – Vi and Caitlyn. 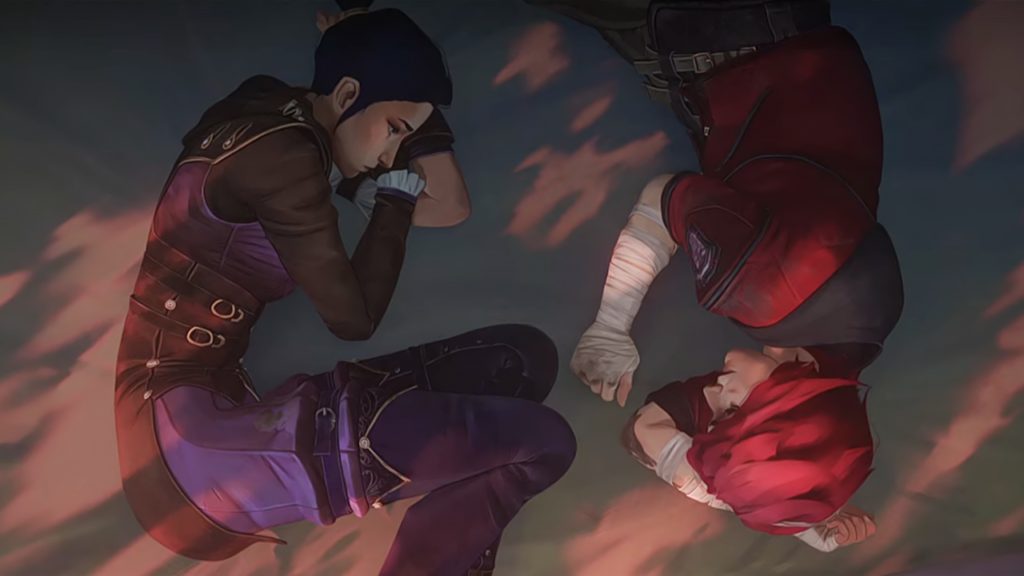 In the history of visual media, queer characters aren’t often afforded the same overt confirmation as straight characters, especially regarding romantic relationships. Queer audiences have had to make do with “queercoded” characters – characters who look, act, and are otherwise queer except for the lack of confirmation and thus, can be easily brushed off as heterosexual anyways. The lack of nuance the general audience has regarding queer relationships has to do with the fact that queer sexuality is far too often attributed to sexual acts – after all, what differentiates a lesbian from a straight woman is her sexual preference. This makes it harder for general audiences to recognize queer romance without having to have queer characters engage in explicit acts.

But queer audiences can. In Arcane, we see how Caitlyn digs her head deeper into Vi’s neck as they hug goodbye and we know, we see how Vi tenderly brushes Caitlyn’s cheek before leaving and we know, we hear how Vi affectionately calls Caitlyn cupcake and we know, we see how Caitlyn listens to Vi open up about her inner monsters and we know. We know because we see it in these gestures, the romance between them built in tiny moments of care and affection carefully folded within a story far larger than either of them understands. It is therefore a personal failure to deny the human capacity for romance if you would rather witness the tenderness with which Vi and Caitlyn care for each other and dismiss it as platonic. 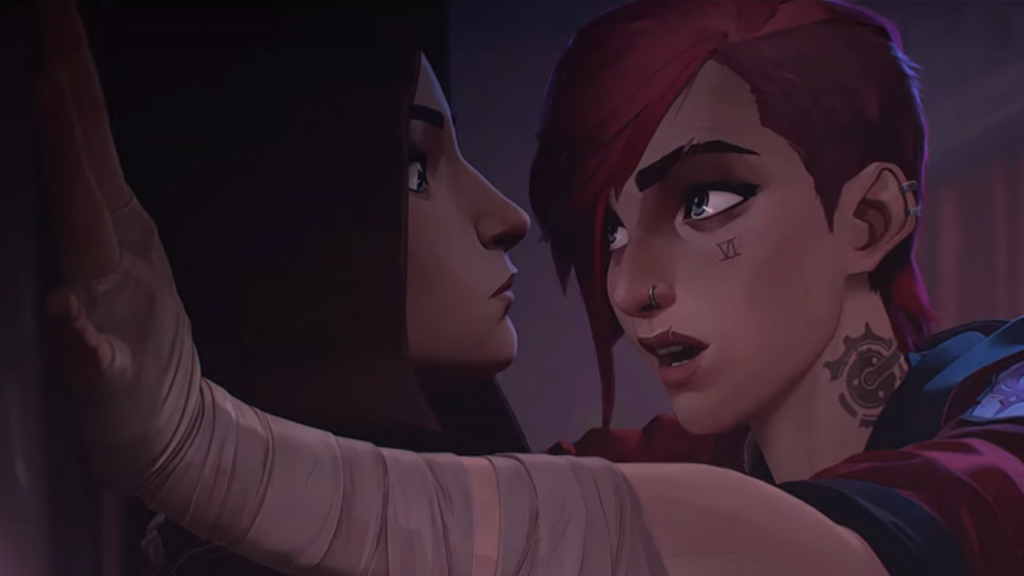 Beyond these stolen moments, we are, in fact, afforded an explicit moment in the show. In episode five, we get verbal confirmation from Vi that she finds Caitlyn attractive – “You’re hot, cupcake” – and within the context of their other interactions, it’s not a stretch to assume that Vi herself is attracted to Caitlyn. You can claim that Vi is simply acting as a friend, but we understand that this is only a point of contention because there are certain types of people who don’t want to admit or can’t even recognize queer nuance. Reimagine the same clip with two people of opposite genders and suddenly the general audience can immediately recognize that it’s flirting. Jayce and Mel did not have to say they were in a relationship, we just saw that they were. It’s the same with Vi and Caitlyn.

In a universe where humans, yordles, dragons, and other fantastical creatures coexist, it’s hard to argue that they have the same ideas on gender and sexuality as we do. When Vi asks Caitlyn – “Man or woman?” – she does so matter-of-factly. Within the narrative context, she’s asking with whom Caitlyn will be more comfortable with to fit in, in which scenario would Caitlyn be able to use her sex appeal to extract information. But for us, the audience, the question also serves as further confirmation of the characters’ preferences. Without having to gratuitously come out, both characters do, in fact, answer this question. In admitting Vi finds Caitlyn attractive, Vi already makes her choice. When we see Caitlyn talking to a woman in the following scene, we see what choice she makes. That is our glint of light on broken glass. 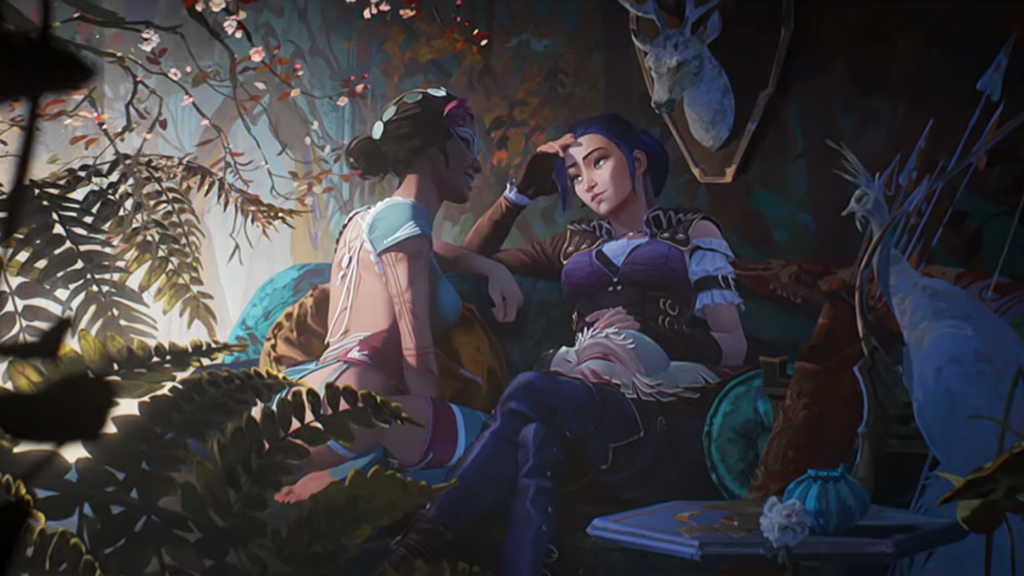 Of course, queerness isn’t the main focus of the show. It’s not even a plotline at all, and it doesn’t have to be – queer characters can and should exist without having their queerness be the driving force of their narratives. “So what,” you can ask with which I will reply: so nothing. Queer characters will always exist the same way queer people continue to exist despite histories-worth of erasure. At the end of the day, we see what we want to see from our favorite TV shows, movies, and video games, and sometimes, the world doesn’t revolve around straight people.

After all, she was a punk, she did detective work, what more can I say? 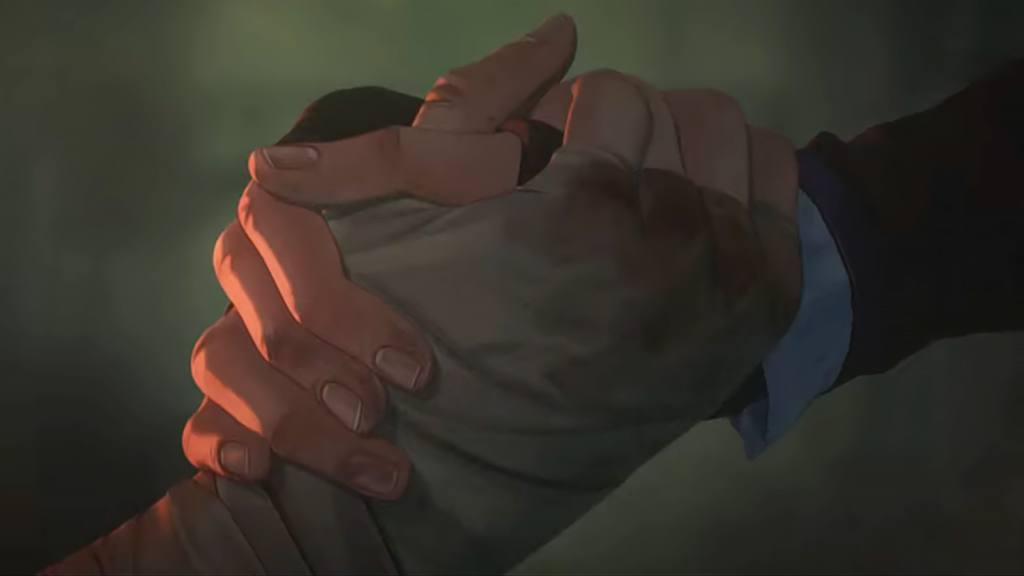