We have temporarily deactivated the MPL-PH Instagram account. Rest assured that we will be reactivating it as soon as possible.

Thank you for your understanding.

This came after SIBOL’s Mobile Legends: Bang Bang roster won the gold medal at the 31st Southeast Asian Games. Indonesian fans, which are infamously known to be too passionate at times, were upset that their all-star roster was beaten by SIBOL 3-1 in the best-of-5 series.

Despite not being explicit, MPL-PH took it upon themselves to set up preventive measures against a possible mass reporting attack from the upset fanbase.

“We have temporarily deactivated the MPL-PH Instagram account. Rest assured that we will be reactivating it as soon as possible. Thank you for your understanding,” MPL-PH announced yesterday just right after SIBOl won gold.

This fear wasn’t without reason as the ONIC Philippines (ONIC PH) Instagram account was taken down back in December of last year due to the alleged mass reporting of their account after sweeping RRQ in M3.

Blacklist’s Instagram account also faced this dilemma during last year’s MPL: Invitational. Fortunately, nothing happened to their social media accounts this time around as their accounts are still up and running.

However, this situation isn’t without its fair share of harassment. In fact, a quick scroll in any recent SIBOl-related MLBB posts will reveal some Indonesians spamming the comments section. 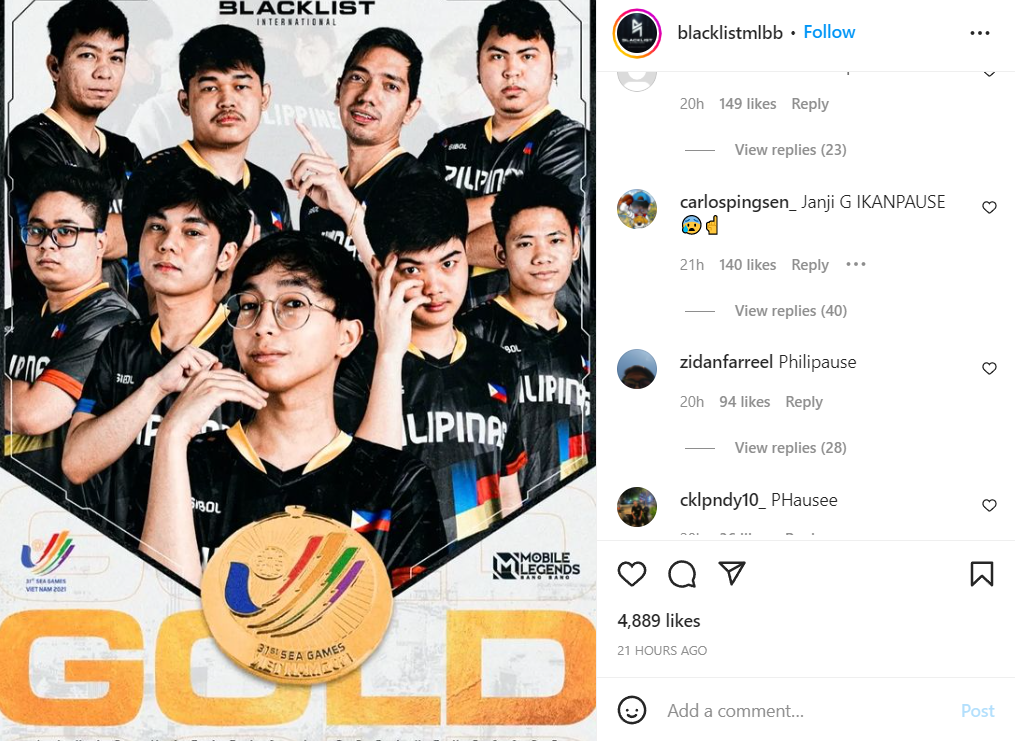 The common theme around the spammed comments pertained to the fact that Game 4 had technical pauses that delayed the game for a bit. Indonesian fans claimed that the Filipino squad wouldn’t have won the game, and therefore the entire series, if it weren’t for the numerous technical pauses.

Hatred clarifies that he’s just a civilian caught right in the crossfire. Despite the heated tension caused by the upset fans, MPL-Indonesia congratulated the SIBOL squad and stated that everyone did their best.