As dominant as the current MPL champion is right now, one might wonder what Blacklist International would do when their star-studded roster decides to hang their respective banners. As it turns out, Blacklist realized that and has decided to form a second team, their future spear when the time for their current roster to retire comes.

Long-time fans of Blacklist had known about the team’s existence but their proper public debut happened at BaiCon 2022 where they were supposed to face a Cebuano team in an exhibition match. Unfortunately, the exhibition match was cut short and it was never resumed, thus leaving fans wondering how the team would fare together.

Nevertheless, the team debuted. Fortunately, we had the chance to talk with Blacklist’s second team manager, Raffy Tabangcura Adornado, and Tier One Entertainment’s Associate Vice President Brian Dacanay regarding the team, how they were formed, and what the team’s formation meant for their Filipino agents.

Sowing The Seeds Of Blacklist’s Future 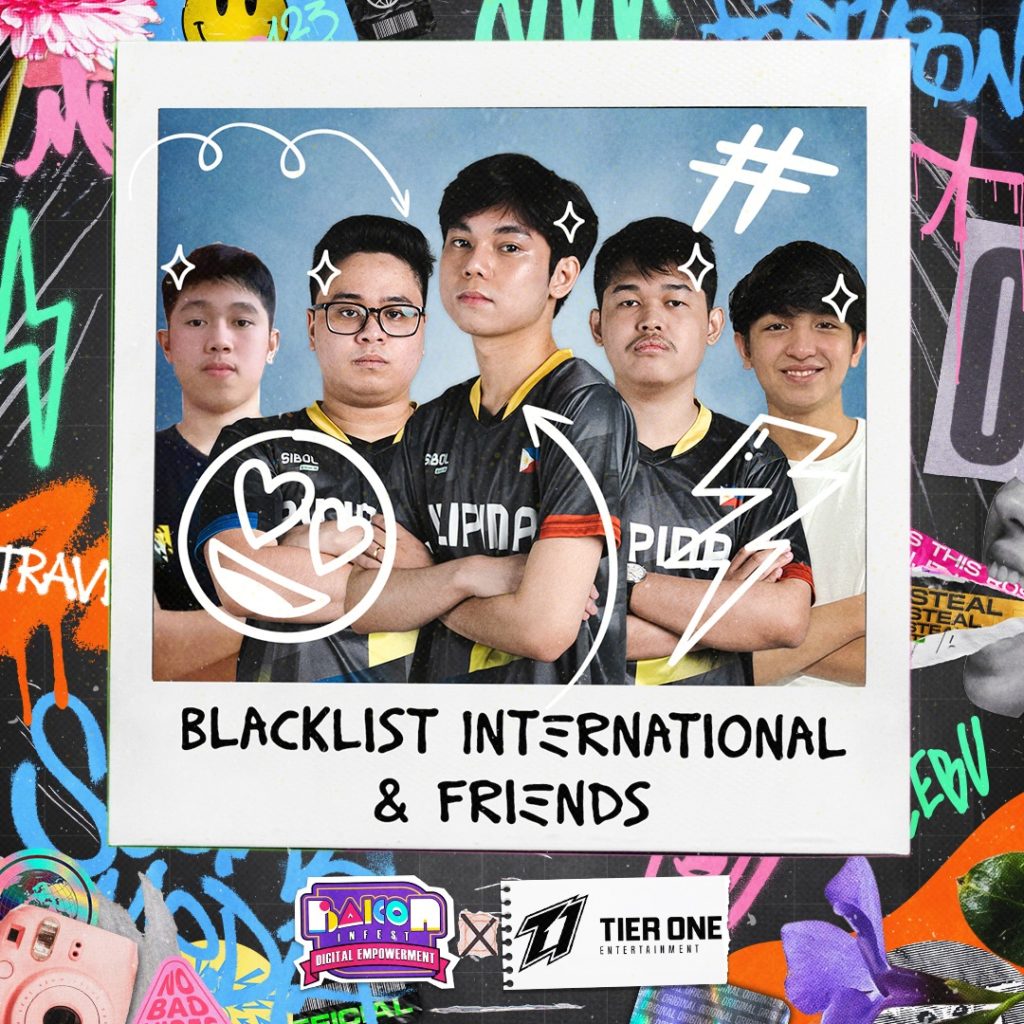 Blacklist’s second team is highlighted by the trio of former SIBOL representatives Kyle Dominic “Dominic” B. Soto, Lee Howard “Owl” Gonzales, and Russel Aaron “Eyon” Usi. The trio is then supplemented by Steve Nash “Steve” Canluran and Ian Jakob “Rindo” Seguiran, which, according to their manager, have been long-time teammates of Eyon and have frequented underground tournaments prior to joining Blacklist International.

According to the team’s manager Adornado, the team was formed sometime after the recent 31st Southeast Asian games where the core trio, along with most of the Blacklist main roster, won gold as SIBOL.

The decision to form a second team also just came in time as the Mobile Legends Developmental League (MDL) is set to launch soon in the Philippines.

“Right after the 31st SEA Games, the management decided to form a Team B because of MDL. So, we decided to keep the roster from SEA Games involving Owl, [Dominic], and Eyon and injected two new guys: Rindo and Steve,” Adornado revealed. 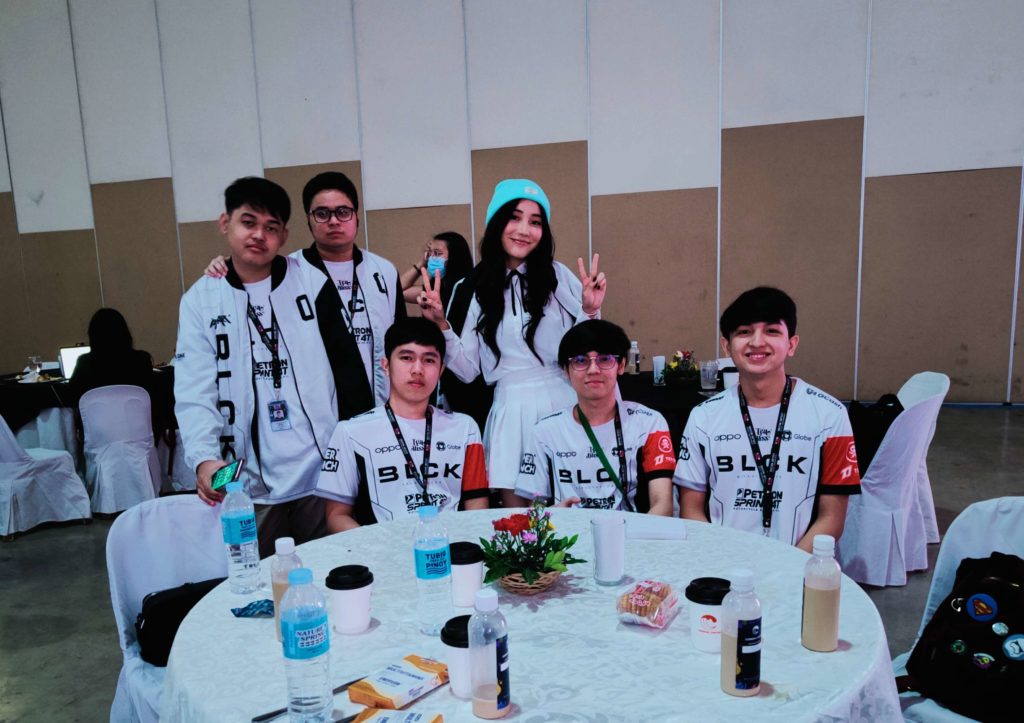 With their sights set on the upcoming MDL, Blacklist readies their second team by making sure to provide all the things the team may ever need.

“Right now they are in a boot camp. Everything is scheduled from scrims to a time to eat, and RNR (rest and recreation) as well. Preparation-wise, we are getting everything fixed right after [BaiCon 2022],” said Adornado.

Unfortunately, unlike their MPL siblings, Blacklist’s second team lacks a support staff besides Adornado as the manager.

“Right now we are on our own… it’s going to be us against the world,” Adornado admitted.

However, they are actively trying to recruit Mark Jayson “ESON” Gerardo, who they endearingly refer to as the team’s uncle, to become a coach for the second team.

“The plan is to get Unce ESON to coach the team,” Adornado shared.

Sadly for the team, ESON, along with Blacklist’s entire roster, is currently busy preparing for the upcoming M4 championship as they are set to defend their crown as the concurrent world champions.

Meanwhile, Tier One Entertainment’s Associate Vice President Brian Dacanay expects the team to branch out to other esports career paths, citing content creation or backend management as one of the few directions for their budding stars.

“Well, obviously we have to think about the career path of all our athletes,” said Dacanay. “[They could have] a gaming career leaning either towards content creation or the backend management team,” he continued.

Extending Their Reach Outside Metro Manila

With the second team’s debut happening in Cebu, Dacanay found it “very enlightening” to see their fans firsthand outside Metro Manila.

“It’s been very enlightening that a lot of our fans have responded very well to Blacklist International even in the [Visayas-Min] region,” Dacanay delightfully expressed.

With the immense support they received during Blacklist International’s debut of its second team at BaiCon, Dacanay stated that they are looking forward to “do engagement and activation to engage more fans in Vis-Min”.

“I think esports in general has to do a lot more in order to lower the barriers and introduce more esports on both urban and provincial aspects,” he stated.

In line with that sentiment, Dacanay revealed that they are working closely with Philippine Esports Organization through a partnered grassroots program called ‘Ascend’.

“It’s a way to give back to our local communities and possibly prospect the new OhMyV33NUS, or the next Wise. Wherever [that may happen], may it be in Cebu, or some other place,” Dacanay revealed.

As for now, Blacklist’s second MLBB team is only five players strong but Dacanay mentioned that they are always on the lookout for fresh new talent, wherever one may pop out.